This is the second entry in John Van Fleet’s Shanghai lockdown diary in The Diplomat. Read the first here.

Xujiahui, Shanghai, April 26: We hardly knew anyone in this 31-story, 90-unit, and over 200-person skyscraper, until March 29, the first day of our building’s lockdown. (We got a head start on the rest of the city because they found a case in our building – we’re lucky.) Until then, few neighbors spoke to each other more than occasionally”no haoexchanged in the elevators or the lobby.

What a difference a lockdown makes. The sociological transformation of this building in recent weeks has been profound. We bonded and worked together to get through these weeks, living in what might be the greatest sociological experiment in the world – a Petri dish the size of an average-sized country. The residents of our buildings have become a tribe.

And how quickly we came back. Faced with confinement and the collapse of food delivery, we quickly became hunter-gatherers, seeking food wherever we could find it, negotiating to bring it back to each of our “caves”, inside of a vertical maze, sharing tips and collaborating with other tribe members.

Get notified with the story of the week and develop stories to watch across Asia-Pacific.

But unlike Stone Age tribes, ours exists almost entirely on WeChat, the Chinese version of Line, or WhatsApp. For the past three weeks, I’ve felt like I can rely on my tribesmen for important things in my life, but I’ve rarely, if ever, seen them, let alone had a voice chat with them. We live in a WeChat world, a text version of the metaverse, with gifs, jpgs and links. We are digital hunter-gatherers.

One of Shanghai’s “cave dwellers” emerges, briefly, to bring food to his family, through a group purchase with his digital tribe. Photo by J. Van Fleet.

Our tribe grew organically and quickly to meet the urgent need. The day we were locked down, someone put a QR code on the front door of our building, an invitation to join the WeChat group. We grew to a community of over 160 people in a day or two.

Tribes must adapt to survive – our ancestors had to adapt to the ice ages. Our tribe first grew to share information primarily about impending food crises, as well as things like nucleic acid testing timelines. Then, when group buying became almost the only way to get food delivered three weeks ago, we developed a group buying manager for the entire complex (seven buildings), and a for each building, and sub-maintainers to focus on different types of food. We call them called tuanzhang, which can mean “group leader”, but in military usage means “colonel”. The Tuanzhang leading the (digital) efforts to procure food have become instant heroes in every corner of the city, WeChat warriors for their tribes. 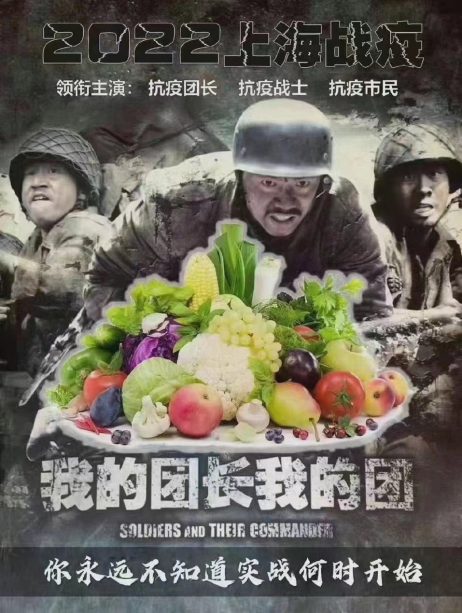 Image 3: One of the tsunamis of social media memes, a movie poster takeoff showing a tuanzhang and his crew fighting over fresh produce. The film’s title plays on “Oh Captain, My Captain!”, and the bottom caption reads, “You never know when the real war will begin.” The poster would be even more relevant if the soldiers were wielding smartphones and were women. Image from Chinese social media.

And they are often women, which should be intuitive. Last week, Shanghai publication Sixth Tone interviewed Sun Zhe, “a sinologist who has spent 15 years studying community organizations in Shanghai.” He told Sixth Tone, “The rise of tuanzhang is closely linked to the more active role of women in their communities. If a community only has one WeChat group, it is likely to be for mothers, because parenthood has a strong community aspect: you need to know the security situation of the community, know the nearby supermarkets and you keep track of issues like food. security… Mothers also tend to take a more direct role in the care of the elderly and have a better understanding of the needs of the elderly.

One more sign of our regression: barter has become ubiquitous. At first, staples such as fresh vegetables, fruits, and milk commanded a premium for exchange, and a media wag suggested that Coca-Cola is practically hard currency in Shanghai right now (sorry, Pepsi). As the food supply has become a little more reliable over the past two weeks, largely thanks to our (women) warrior tuanzhangthe barter economy has become a little less visible.

Another aspect of our current situation that caught my attention: our volunteers. We have several in our building. One, a lawyer by profession, has assumed the important responsibility of being the yuan xinxi – yes, we now have a name for the role – an information filter and intermediary between us and our neighborhood committee. They are elected but unpaid representatives of our region who interact directly with the government.

A whole family of locals, the Zhangs, have spent hours a day supporting our tribe, mainly by organizing near-daily testing, as well as distributing group purchases and other deliveries. Our tuanzhang are of course volunteers too. Volunteers have become the backbone of legions of small tribes all over the city.

Their spirit pervades the tribe. Some older people in our building don’t use apps well or at all, and so they were kicked out of the group buying skirmishes, so other residents gave them food. Others have young children who need more milk, and still others need medical attention. One resident couldn’t make it to his usual chemotherapy treatment – the usual driver had tested positive – so another resident volunteered to drive.

And we had some positive tests in our building. These people cannot leave their units for any reason, so volunteers make sure they get enough food at their doorstep. 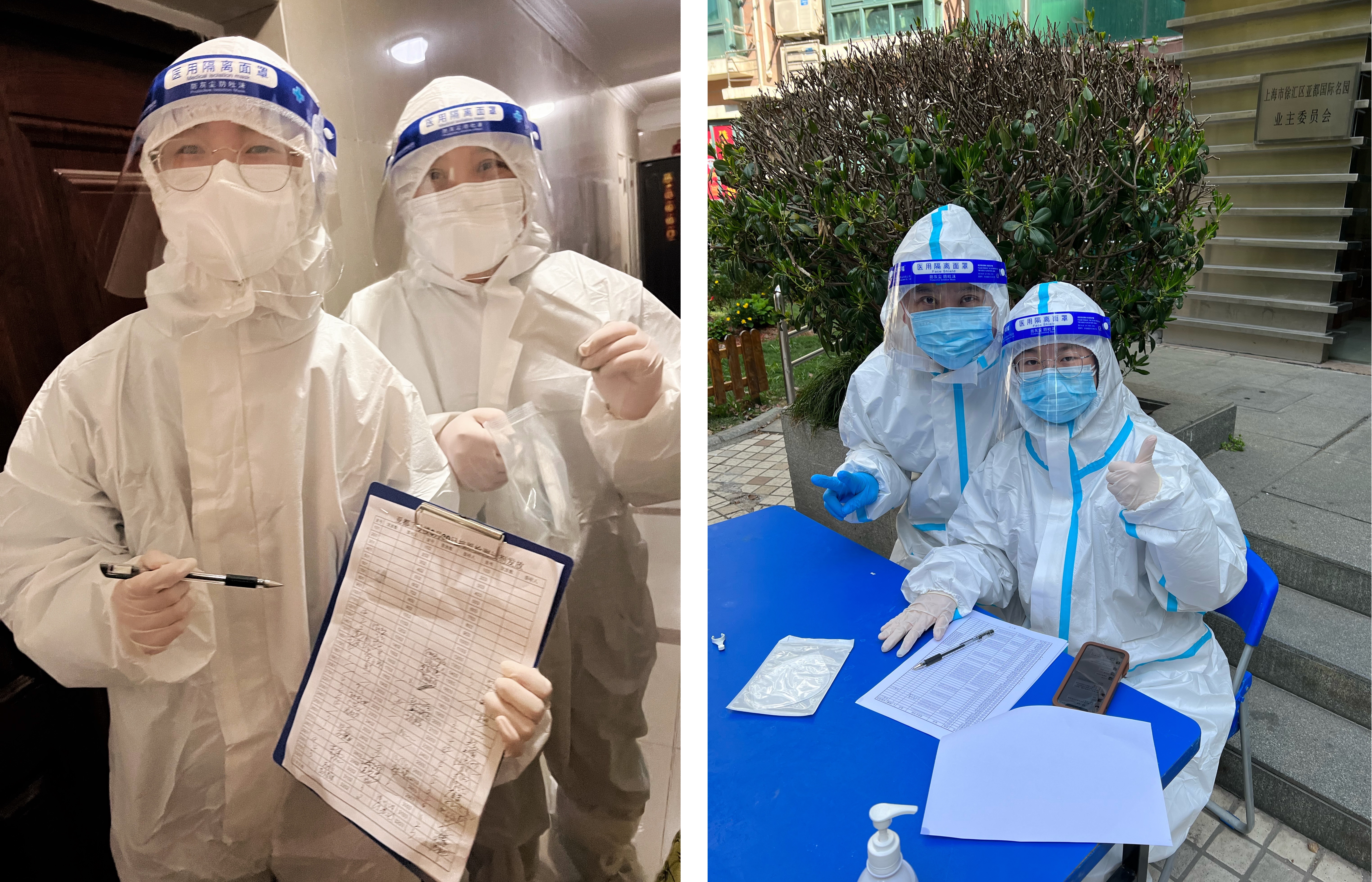 Image 4: Mr. Zhang and his daughter Iris as “tall whites”, the nickname for those who wear hazmat suits, handing out antigen test kits to the rest of the building tribe (left) and checking us in for nucleic acid testing (right). Photos by I. Zhang. 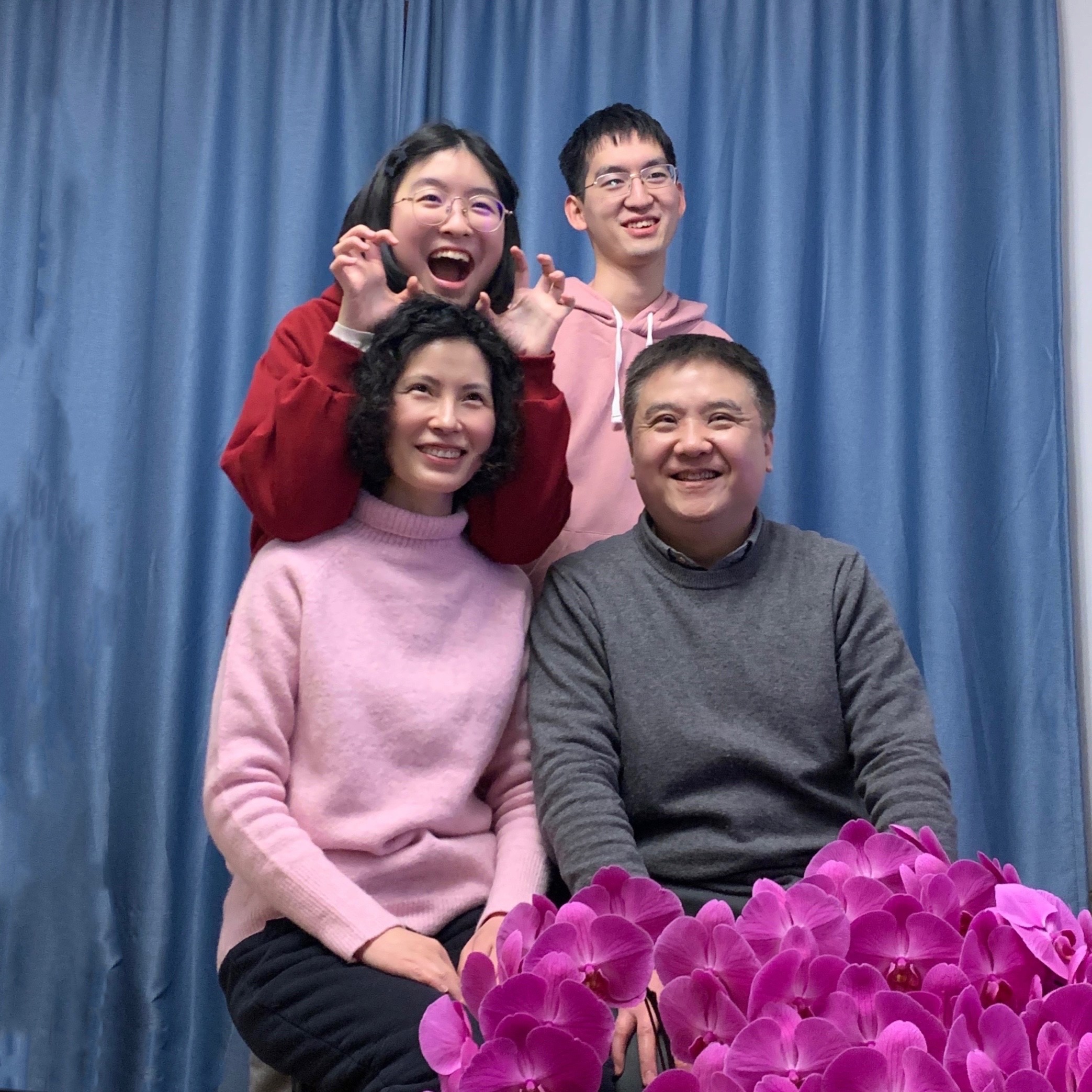 The Zhang family in Before Time. Photo by I. Zhang.

Several of us have wondered, in our WeChat group, what our situation would be if we did not have a digital communication platform within our tribe. During the Spanish flu epidemic 100 years ago, which also featured widespread quarantines, few even had phones. To live like this, without any ability to communicate with neighbors, would make the situation we currently find ourselves in unfathomably worse.

We often hear that the rise of social media has been like rocket fuel for fake news, rumors, etc. In our building, and across the city, we see another effect of social media: the rapid ability to dismiss this type of misleading information. Before such instantaneous group communication, we always lived under the danger of the telephone game effect, the “information” transmitted from individual to individual gaining distortions with each passage. Now, when an unfounded rumor is posted in our build group, everyone sees it instantly, and someone with sharper eyes and well-tuned skepticism may be able to debunk it. It’s like having more control rods in a nuclear reactor. They slow down the fission rate of misinformation. (This effect largely disappears when tribes do not form due to physical proximity or sheer necessity, but on the basis of ideological affinity. In the latter case, confirmation bias often outweighs rationality and we experience a chain reaction of chaotic misinformation.)

In a few weeks, this iteration of containment will pass. We cannot know how much these changes will affect us after the lockdown ends. Are we going to return to our old anonymity? Will the spirit of community cooperation gradually recede, like a receding tide?

Reflecting on these questions, I recall “The Shelter,” an episode of the 1960s TV show “Twilight Zone” that continues to resonate through the decades. In the episode, residents of a city block in Anytown, USA panic as a nuclear attack seems imminent. The threat completely transforms them, in this case for the worse – they become a kind of suburban middle class. and adult version of the boys in “Lord of the Flies”. Once the threat has passed (a false alarm), the neighbors are eager to resume their carefree pre-threat habits – except for one neighbor, who suggests they can never return to their previous life.

I think we may be in a similar situation, but with the change in a positive direction. I’m guessing that rubber band doesn’t break completely. I take it that tribes across this city share our tribal experience and that the community bonds forged by this common crisis will not disintegrate easily. We will leave behind our digital hunter-gatherer, but we will keep something of the experience. 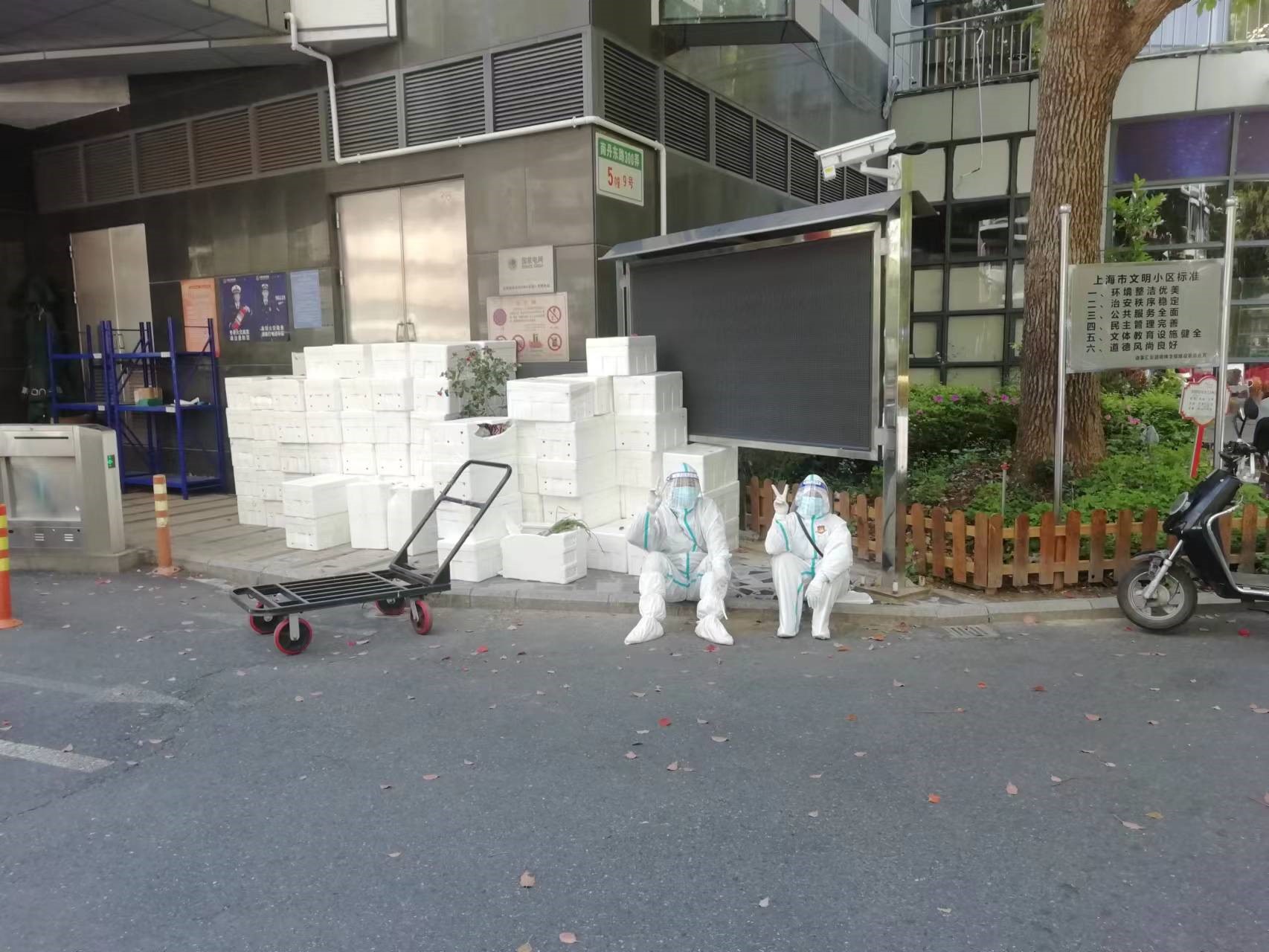 It is often said that China’s urban communities lag behind their urban counterparts in the more developed world when it comes to volunteerism. Whether this is true or not is an open question. For years, Iris’ mother volunteered a few times a week at a local hospital in the children’s oncology ward. But whatever the volunteering base in Shanghai, I think it will surely increase as a result of these weeks of lockdown.

Our tribe is not representative of the people of Shanghai, just as Shanghai is not representative of China. We are in a relatively more affluent part of town, with an array of resources available than people in less affluent areas, or migrant workers or temporary workers, or people with health conditions, which number in the millions , do not have. These people are suffering, some of them dying, from this lockdown, which a wide range of experts say has been worse than the risk it claims to address. So any community ties that have developed through this crisis, and which may persist after it has passed, are likely essential to the city’s healing.