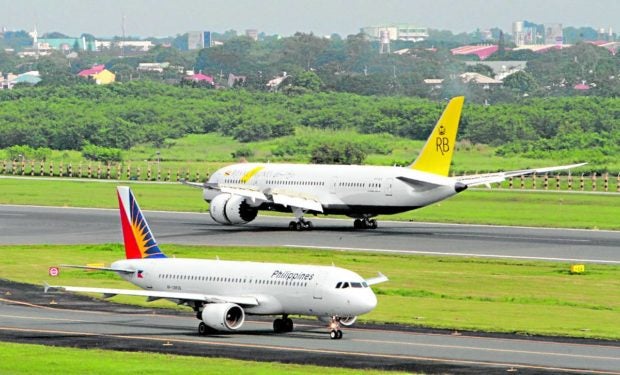 Philippine Airlines (PAL) managed to restructure crippling debts and emerge from a US Chapter 11 bankruptcy process in just four months with a stable management team at the helm and the full financial backing of owner billionaire Lucio Tan .

The flag carrier has also been aided by a small army of international legal and financial consultants, who have earned fees of nearly $3 million (150 million pesos) advising the carrier during the creditor protection plea, showed a recent Chapter 11 Court filing.

The payments include $1.34 million to Debevoise & Plimpton LLP, which provided legal services and advice on securing financing during the bankruptcy plea.

Another $640,167 was paid to Seabury Securities LLC and Seabury International Corporate Finance LLC.

Seabury was chosen for its expertise “working with financially distressed companies in complex financial restructurings both out of court and in Chapter 11.”

After exiting Chapter 11 at the end of 2021, PAL successfully erased $2.1 billion in aircraft-related debt and pledged to streamline its business, which also involved returning aircraft and canceling non-aircraft routes. profitable.

PAL has also indicated its intention to raise additional funding of up to $150 million. However, it was unclear whether the aforementioned advisors would be retained during this process.

On January 31, PAL announced the abrupt resignation of Gilbert Santa Maria, who led PAL through the difficult era of the pandemic to their successful Chapter 11 release.

He was replaced by Captain Stanley Ng, Tan’s son-in-law and PAL Chief Operating Officer for Flight Operations, who will act as Officer in Charge for the next six months until a qualified chairman is appointed.

Meanwhile, PAL told the US court that it has continued to suffer financial losses since its Chapter 11 plea was filed in early September last year.

From September 3 to December 31, PAL recorded a loss of $36.13 million and revenue of $542 million. No comparative figures were provided.

Losses during the Chapter 11 period were mitigated by a profit of $32.97 million in December 2021, a traditionally strong period for the airline industry due to the Christmas holiday season.

Prior to the discovery of the Omicron coronavirus variant last month, PAL management forecast a return to profitability as early as 2022.